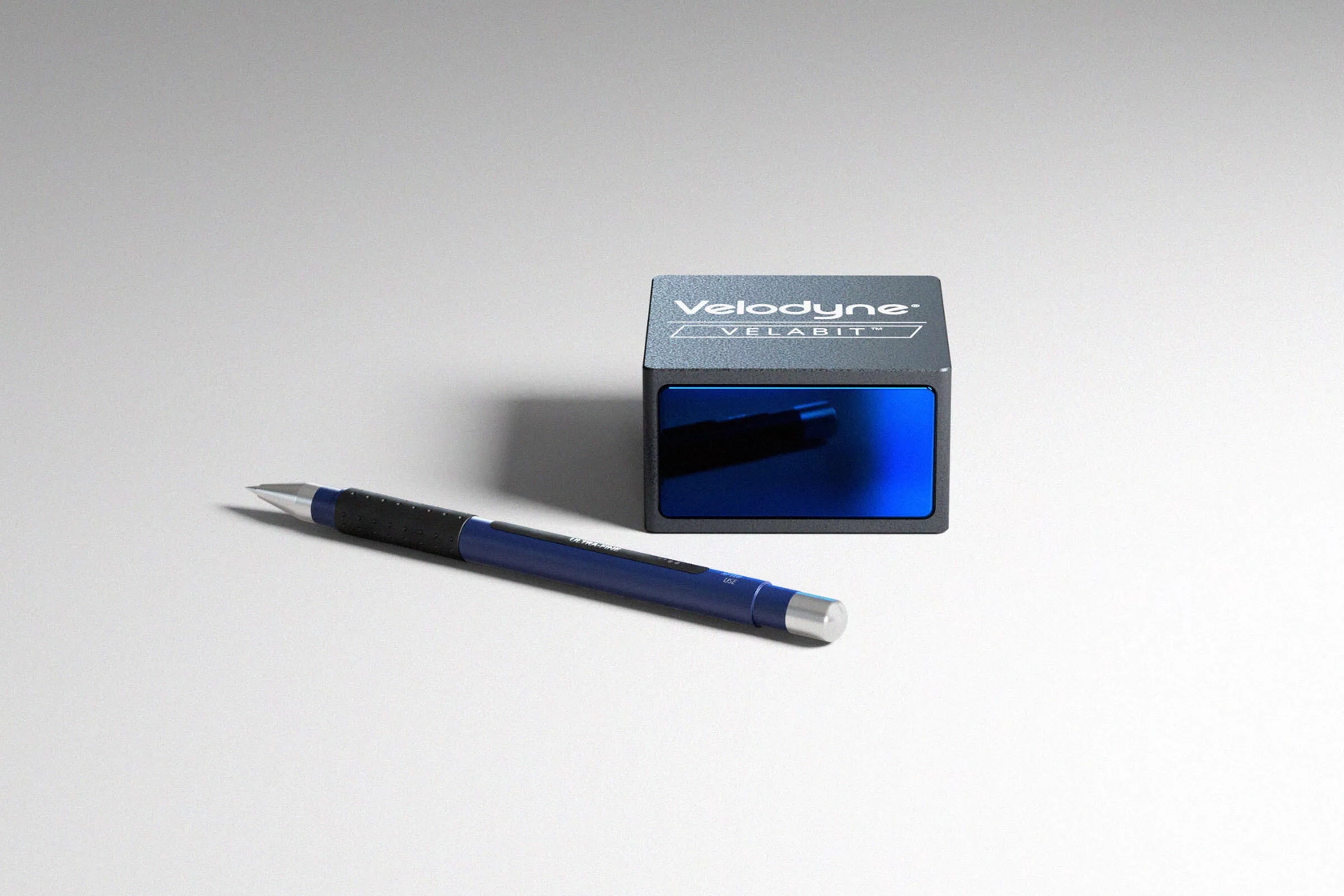 Many automakers and tech companies working to develop autonomous cars believe that lidar is a key component of future AVs. This little bit of hardware has quickly grown to be a keystone of many development vehicles, and as such, suppliers have been putting in serious efforts to develop more cost- and size-efficient lidar emitters. Velodyne is here at CES 2020 with a big (or, not so big) announcement to that end.

Velodyne this week unveiled the Velabit. The company's smallest lidar sensor to date, the Velabit carries some solid specifications in a form factor that's impressively tiny. How small is it? Well, the entire package fits into a box that measures 2.4 by 2.4 by 1.38 inches -- that's more diminutive than a deck of cards, for those of you without a ruler handy.

That's quite the small form factor, and this footprint gives Velodyne the chance to use these sensors on vehicles that aren't necessarily full-on cars. In its press release, the company mentions that other potential use cases for the Velabit include drones and ground-based robots that need lidar for obstacle avoidance or creating high-definition maps.

When the Velabit does make its way to passenger cars, it will go a long way in boosting those vehicles' abilities to perceive the outside world. Lidar works similarly to radar, but it uses wavelengths of light instead of radio waves, which shoot from the sensor and bounce back to create a surprisingly accurate map of the world around the vehicle. It's this data that then gets crunched alongside other inputs to help an autonomous car navigate, but it also works in less involved cases like driver-assistance systems (automatic braking, blind-spot monitoring, stuff of that ilk).

The Velabit's specs are pretty solid, too. It'll work at distances up to 100 meters, with 60-degree horizontal and 10-degree vertical fields of view. Its laser is also eye-safe, so someone leaning down to get up close and personal with the sensor won't end up at the optometrist. It's also incredibly inexpensive at just $100 per sensor.

Of course, something this inexpensive (big lidar sensors can cost thousands, if not tens of thousands of dollars each) and helpful will likely find big demand, and it sounds like Velodyne is ready for that eventuality. In its release, the company said that there are "multiple manufacturing sources scheduled" to handle project requests. In mid-2019, we learned that Nikon will help Velodyne build its sensors, so perhaps that's what Velodyne is talking about here.

Either way, look forward to these little guys hitting the market around the middle point of this year.